Thank you for joining me for my end of the year ‘writerly rambling’ posts. Today, I am overwhelmed… My indie author buddy and advanced league blogger of Against The Flow Press had a word with today’s guest about this blog… Drum roll, please… Today, I have been joined by Jane Holland – the award-winning author and poet with six pseudonyms (what a coincidence for a character naming blog post) and her own Wikipedia page. This has never happened before. Now, over to Jane Holland while I go and read her latest book The Hive which I have been ‘saving as a special treat’ (I’m such a geek). 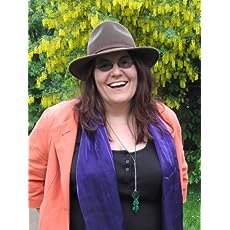 I write across a range of genres from action thrillers to women’s fiction and romance. So, when choosing character names, I look for a name that will fit both the character and the genre. (And I even write those different genres under separate pen-names myself, with most pen-names reflecting the genre.)

Names, like any word, possess emotional resonance. As novelists, we ignore that at our peril. Some names suggest warmth, trust and approachability, such as Hannah, Faith, Marcus, Nathan.Others feel somewhat cooler and more stand-offish, such as Sonia, Chloe, Fabian, Leopold.Some names feel strong and bold, like Jackie, Rowena, Ryan, Tyrell, while others are more exotic or inspirational, such as Gloria and Orlando.

Character names project a certain impression on a book overall; sometimes, this can be essential to the proper working of the plot. Chuck and Demelza sound an unlikely couple for a romance, while Bill or Sharon would make improbable villains in an international thriller. The wrong names strike the wrong note. Of course, if you’re trying to make a point, or write in a quirky, tongue-in-cheek manner, or perhaps conceal your villain until the last possible moment, misdirecting a reader could be useful. But on the whole, readers are likely to feel confused and uncertain with a poor name choice, and nothing makes them put a book down sooner than the fear that the author in question doesn’t know their business.

I tend to pick whichever name springs to mind while I’m working on my synopsis prior to starting to write (I’m a planner, not a pantser). That probably sounds quite casual, but I’ve written over forty novels and dozens of novellas, and my brain automatically selects names in the right ballpark for the story.

If I need to strike a particular note, or avoid clashing with other characters in the book – too many names beginning with the same letter, for example, or ending the same way, like Lucy/Tracy, may confuse readers – I do an internet search. Back in the day, a book of ‘baby names’ was on every writer’s bookshelf. Today, you can search in a few seconds among thousands of names, not just arranged alphabetically, but names from a certain part of the world, or associated with particular languages, age groups, or historical eras. The perfect name is out there somewhere!

For my latest thriller, THE HIVE, I chose Charlotte for my heroine: it had to be quite a posh name, but traditional and not stand-offish. Her boyfriend’s name is Russian (because he is!). Saying more about other characters’ names would, sadly, give away some of the twist, so I shall have to leave it there.

I chose the title THE HIVE after writing the book. The provisional title was THE BEE BOX, named after an object in the book. I knew right from the earliest planning stages that bees would be an integral part of the book, and even the way the book is structured follows that theme. So the title was always going to be bee-related, and ‘hive’ also suggests the busy – or buzzing – metropolitan setting of the novel in London, a metaphor that also plays a role in the story.

Above are just a few of Jane’s books, worth taking a look at her Amazon page click this pink link 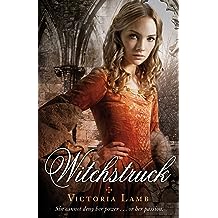 I could be here all day adding book covers! Jane Holland has written over forty books (that I can count). Do check out the links I have added above and do what I’m going to do, start with her most recent books:

The Hive available HERE UK and HERE US

In High Places (as JJ Holland) HERE UK  and HERE US

Jane Holland is a Gregory Award-winning poet and bestselling novelist. Her thriller GIRL NUMBER ONE hit #1 in the UK Kindle store in 2015, and again in 2018. Her latest book is IN HIGH PLACES, an action thriller written as JJ Holland. Also just out is THE HIVE, a dark thriller. You can find her on Twitter as @janeholland1

Her first novel KISSING THE PINK (Sceptre) was based on the women’s Pro Snooker circuit, where she herself was a champion player ranked 24th in the world before being banned for life for ‘bringing the game into disrepute’. Since turning from sport to writing, she’s published dozens of novels with major publishing houses under various pseudonyms, including: Beth Good, Victoria Lamb, Elizabeth Moss, Hannah Coates, and JJ Holland.

She also writes practical writing manuals such as Writing Prompts for Thriller Writers, along with a sister book for Romance Writers, and other non-fiction books, including a new ‘Dreams Journal’ for complex dream interpretation. 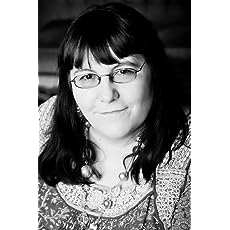 Totally star-struck. Thank you so much, Jane (where’s that ‘blushing’ emoji?)