Hello everybody! I am honoured to be taking part in a historical fiction promotion called A Touch of History at the moment with my book 1962 (An Uplifting Tale of 1960s Lancashire).

When I looked at the other books involved, I thought ‘I need to read some of those!’

Have a look at this link to see if you fancy reading any yourself: PROMOTION LINK They are all on special offer and can be downloaded to any device.

This morning, I finished reading Fred and Leah by M J Dees.

This is a heartwrenching must-read, the tag line being:

It’s World War II and soldiers are not the only casualties.

On September 3rd, 1939, Fred knew he would have no choice but to go to France and fight.

However, when he found himself among the thousands of men stranded after the Dunkirk evacuation, he had no idea when he would see his wife Leah and his two children again.

Leah is left trying to raise her two children by herself but, even she can’t stop the bombs from falling on her street.

M J Dees’ fourth novel and his first historical novel, Fred and Leah, is based on a real life love story of two people whose lives were irrevocably altered by war.

Outstanding, yet Heart Wrenching
This book described what soldiers had to deal with in time of war as well as in captivity. It also showed what families had to deal with at home. Leah had to raise two small children while Fred was overseas fighting and then as a prisoner. She had to protect her children from the bombing and hide in the bomb shelters. It showed the mental anguish the soldiers had worrying about their families at home and how they were surviving. Then the mental anguish those at home suffered worrying about their loved ones fighting and if they were ever going to come home. Then the adjustments after the war. How some adjusted while others never did or at the least had trouble. Fred had to find the strength to not only survive the war himself but to help his fellow soldiers survive the best he could. This book showed the horrors of war both on the front and at home. This is a must read book if you want to learn about WWII. It made me feel as though I was with Fred and also experiencing what Leah was feeling during those years. Peggy Coppolo (5 star Amazon.com review) 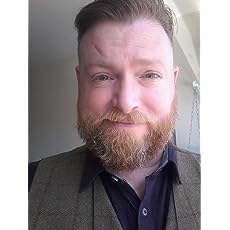 M J Dees was born and raised in Kingston-upon-Hull in the East Riding of Yorkshire. He has worked in a variety of jobs in a variety of countries and is currently living with his wife, daughter and two cats in São Paulo, Brazil. LIVING WITH SACI is his first novel and is set in São Paulo. THE ASTONISHING ANNIVERSARIES OF JAMES AND DAVID is about two twins growing up in Yorkshire in England. WHEN THE WELL RUNS DRY set in a dystopian future. FRED & LEAH is a second world war drama based on the true story of his grandparents. His fifth novel, LIVING WITH THE HEADLESS MULE a prequel/sequel to LIVING WITH SACI and has just released his new sci-fi series, MASTERY OF THE STARS.

My review: (Five stars) My mother was a ‘war baby’ and often spoke of this fact when I was growing up. So when I saw this historical fiction novel, I wanted to read it. Leah gives birth just as Fred goes off to war. Leah stays at home with her young son Jim and baby girl Beattie. The couple has moved around because of Fred’s army career – fortunately, Leah can rely on her father, a shopkeeper from Northumberland.
I believe this is a true story, based on the author’s family well written with literary flair—an essential part of life writing is to recount historical events for future generations. The chapters told about Fred detail his lengthy time as a POW in harrowing detail – the realism used here is superb, highlighting the physical and emotional effect on WWII soldiers. I have often heard that these men will not talk about what happened during the war; there must have been some heavy-duty research that went into this book. As the pages turned, I was taking note of the dates 1940, 1941, 1942… Was Fred going to get home to rescue Leah from the nightmare she was going through? If things weren’t bad enough for her with only her father to support her and the two children, Leah suffers a serious illness. Mental illness is one of the cruellest things a person can experience. It could have been a puerperal psychosis or a stress reaction to the war, but poor Leah ended up in hospital for a long time – without advancements in treatment in the years since this period of history. And I think this is the crucial part of this book – would things have been different for Leah had her husband not been taken away from her by war? Fred and Leah’s story provides a snapshot of the human devastation of war. A dramatic, heartwrenching must-read.

Join me on Friday, when I read the next book in this BookFunnel promotion – Wizard Ring by Clare Blanchard 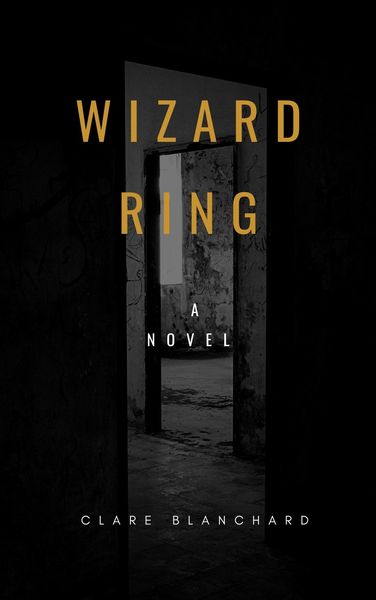