Thank you for joining me for today’s post about character names. When Sue Wickstead sent me a message about names, it made me smile so much, and I am really pleased to be sharing this with you;

What’s in a name

Names are important. Why?  Because they identify who we are.

On my teaching journey I sometimes ask the children a trick question which I thought I’d share with the readers today.  It usually starts with the question: What’s my Name? The children call out answers such as Mrs Wickstead, which is my teaching name as I use my maiden name for school. Sue Wicksteadcomes next which is my writing name followed byLego Lady but no, I’m known as Lego Lady because I play with Lego when I’m not teaching and like to share the models I make. Bus lady they say in desperation. They say this because my story books are about a real bus which I now portray in fictional picture books. The children are then lost and don’t know what else to say so I tell them that I am in fact Mrs Riddick because I am married to Mr Riddick. And my children are Riddick’s too. Then I make them laugh when I announce that in my house, frogs don’t say Ribbit-Ribbit, but Riddick-Riddick.

I then write a symbol on the board which represents ‘Sue’ spoken in Gujarati. However, ‘Sue’in Guajarati is not a name but in fact means ‘What?’ So, when I said: What is my name, it was a statement and not a question.Naming my books was far simpler.

Where did I get this name? I was once involved with a local charity which operated a mobile playbus in Crawley, West Sussex. It was known as the Bewbush Playbus and was the first mobile project in the South-East of England, started in 1977, with money from the Queen’s silver Jubilee Community Awards Funding.The project operated in the district of Bewbush and was much loved by all of its users.

Over the years I created an exhibition of the playbus and its work. The exhibition was used for fund-raising and to increase the profile of the project.When the bus finally closed its doors, I was asked to include the exhibition photographs into a book andThe Bewbush Playbus was born, published in 2012.

Having published this book, I was now able to show the children I met, real photographs about the bus. In Crawley, the children might know ‘Bewbush’ but outside the town they did not know or even care what a Bewbush was, instead they were far more interested in the word ‘Playbus’ and would ask ‘What is a Playbus?’ ‘What does it do?’ ‘How is it different from other buses?’ This led to me telling stories about the bus. Eventually after a while the story was written down and published.

Jay-Jay the Supersonic Bus was published in 2014 and is the fictional tale of the real life Playbus project. The original bus was given the name ‘Supersonic’ by airport apprentices who converted the playbus. I named him Jay-Jay because his number plate is JJK 261. A bus enthusiast will tell you that JJK 261 is an Eastbourne AEC Regent bus. Yes, it is.

So now I have to make sure the buses in all my books have real number plates.

Jay-Jay has been on further adventures, including an island, (based on a Scottishbook-bus) and a carnival, a local event we’d often take part in.

In 2018, I decided to continue the bus journey and wrote about Daisy Daydream. This was the bus I painted. Technically Daisy is also JJK 261, but as this would be too confusing, I gave her a JJD number plate which is a London Oxford Street bus which gave her a London bus story start. She’s called Daisy because I painted white flowers along the sides.Daisy Daydream the Nursery Rhyme Bus was painted with rhymes for the younger children to enjoy so now Daisy also has a book full of rhymes and jokes.Daisy Daydreams bus Rhymes and jokes.

My most recent bus book is Sparky the Dragon Bus which is based on a real bus that operated in Glasgow. The dragon bus had a stairlift fitted, enabling children less mobile to access the upper deck of the bus.The bus was well thought of and even received a royal visit from Princess Anne.

In addition, a few stories with links to my teaching journey have also been published but all of my books always include a bus somewhere in the story, even The Christmas Play Rehearsal.

There are a few more books I am writing that are in various stages of development, either planning, editing or still in the telling. 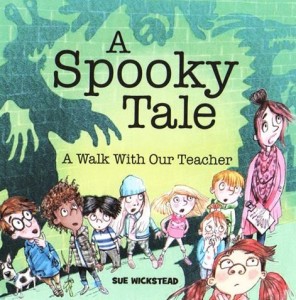 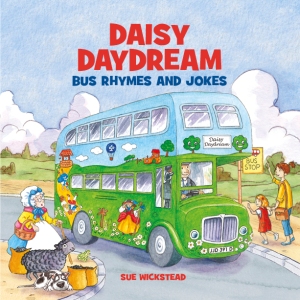 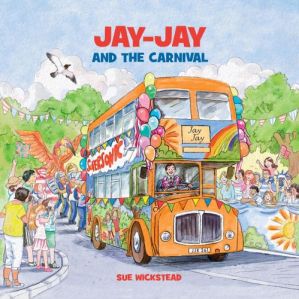 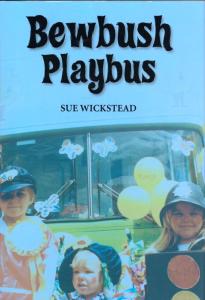 So many books! Thank you Sue, and thank you for reading, everyone.

Don’t forget to look at Sue’s website to buy her books, which can be found here

Join me next month when Andy Donaldson, and later Sharon Booth tell us about their character names.