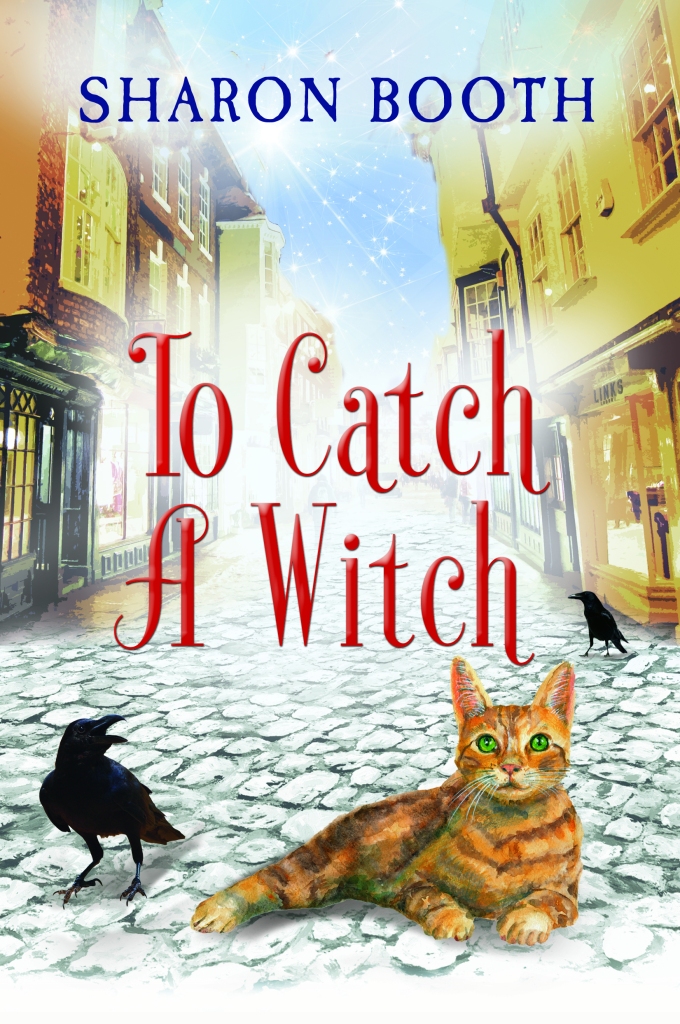 Way back when I started reaching out and networking as an independent author, I saw a post on a reputable social media group asking if any authors wanted to appear on a blog called ‘Five Photos’. Before responding, I thought wow, this author writes uplifting women’s fiction. That sounds right up my street!

This author was none other than super talented SHARON BOOTH I have read every single one of her books – the first one being Kearton Bay my husband came home from work and saw me reading in the garden. ‘Why are you crying?’ he said. ‘Because this book is so touching… and SO cute!’

Thank you so much Sharon for joining me! 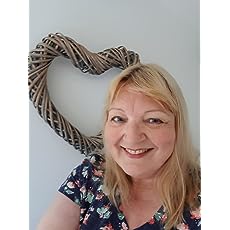 What’s in a Character Name?

Names are very important to me. I can’t just pick a character’s name out of thin air; I have to search for just the right one. First of all, it has to suit the character, obviously, but it also has to mean something to me or to the story.

With the first series of books I wrote it was easy. I’d spent a few years researching my family tree and I wanted to pay tribute to those people I’d been learning about, and who’d come to mean so much to me. The surnames of most of the characters in Kearton Bay are the surnames of my ancestors: Hollingsworth, Bone, Boden and Kean (hyphenated as one name for the story), MacLean, Crook, Hope … even Kearton Bay itself was named after my paternal grandmother, whose maiden name was Kearton. Rhiannon, who has Wiccan beliefs, is named after a Celtic goddess. In mythology, her son was Pryderi, so I named her son in the book Derry. Rose’s name was a given. She’s crazy about the colour pink, so she and her daughters all had to have pink names. Her daughters are called Fuchsia and Cerise. Gabriel Bailey, on the other hand, got his first name because I needed an angel’s name for the story to work. His surname was inspired by my favourite film, It’s a Wonderful Life. George Bailey is a real hero to me, and I couldn’t think of anyone I’d rather name my own hero after.

With the Skimmerdale books, it was the place names that took some working out. I wanted to be as authentic as possible, and spent ages looking at old Norse words, as so many places in the Yorkshire Dales have old Norse names. Skimmerdale itself is explained in This Other Eden. “Skimmer” was an old Norse word meaning “to shine brightly, to sparkle”. I had the image in my mind of sunlight glinting on the river as a Viking chief looked down upon it, inspiring him to give the area that name. The farm’s name, Fleetsthorpe, is derived from Fleets, meaning “stream or beck”, and Thorpe, meaning “the outlying farmstead”. 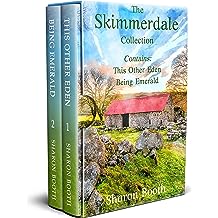 Bramblewick was a tribute to the novels of Leo Walmsley, who called his fictional version of Robin Hood’s Bay by that name. I borrowed it for a brief mention in A Kiss from a Rose, little realising that I would be revisiting the village and naming an entire series of books after it!

With my Moorland Heroes series, Saving Mr Scrooge made every use of the Charles Dickens’ classic on which it was loosely based. Jacob Marley became Marley Jacobs, and instead of Ebenezer Scrooge (which wouldn’t have sat well with modern readers) I named the hero Christopher Carroll, as Chris Carroll was the closest I could get to the original title. He was nicknamed Kit to be a bit more up-to-date – and because I was going through a Game of Thrones period at the time! 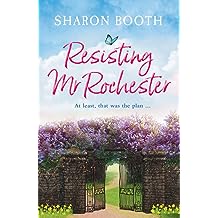 With Resisting Mr Rochester, the surname of the hero was fixed in stone, but I had fun playing around with the other important names. His first name became Ethan, which means strong and safe. Cara Truelove was inspired by two things: Cara means dear one, beloved (aw!) and seemed appropriate. Most people assume Truelove was just to emphasise how romantic she was, but in fact, it’s taken from an old legend connected with the surname Eyre. It tells how a companion of William the Conqueror, named Truelove, saved the life of the king, and was renamed Eyre in gratitude for giving William the air that he breathed. There’s no real historical evidence for this but it’s a lovely legend, and as I was looking for a connection to Jane Eyre I thought it was perfect. You can read more about it here. Although the book is obviously a tribute to the Charlotte Bronte novel, it was also inspired by Jane Austen’s Northanger Abbey. Cara does share some characteristics with Catherine Morland in that novel, so I named Ethan Rochester’s home Moreland Hall in tribute.

For my current series, The Witches of Castle Clair, I did a lot of research into names with magical or mythical connections. The river was an important part of the town and its mythology, and the word Hrafn is old Norse for raven, so very appropriate for my stories. I found lots of names connected with the sky in some way for my St Clair family: Sirius, Star, Celeste, Sky, Iliana (ray of light), Raiden (god of thunder and lightning), Zephyr (west wind) and Aurora all have celestial meanings. 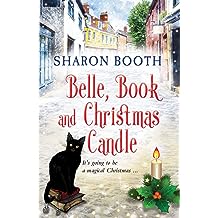 It does take time to research names, but I always feel more comfortable when I know I’ve chosen appropriate ones that fit the characters. I like to have them all in place before I start writing the book. There’s nothing worse than getting halfway through and realising I don’t like the name, or it doesn’t fit, and having to change it. It’s worth making the effort right at the beginning. After all, these people are going to be my best friends for several months. The least I can do is get their names right!

Sharon Booth is a member of the Romantic Novelists’ Association, and an Authorpreneur member of The Alliance of Independent Authors. She writes uplifting women’s fiction – “love, laughter, and happy ever after”. Although a happy ending for her main characters is guaranteed, she makes them work for it!

Sharon grew up in the East Yorkshire town of Hessle, and now lives in Kingston-upon-Hull with her husband and their gentle, and thoroughly gorgeous, German Shepherd dog.

Since giving up her admin job at a medical practice, she spends a lot of time assuring her family of five children, assorted in-laws and hordes of grandchildren – not to mention a sceptical mother and a contrary hairdresser – that writing full-time is a proper job and she hasn’t taken early retirement.

She has a love/hate relationship with sugar (she loves it, it hates her), adores Doctor Who and Cary Grant movies, and admits to being shamefully prone to all-consuming crushes on fictional heroes.

Find out more about Sharon at linktr.ee/sharonboothwriter

Sharon’s latest novel, To Catch a Witch, is the third in the romcom series The Witches of Castle Clair. It will be published on April 28th and is available for pre-order here.

To Catch a Witch

Return to Castle Clair for the final chapter of the St Clair story.
It’s three hundred and fifty years since the famous witch’s leap happened in the North Yorkshire town. Riverside Walk is swarming with eager tourists, wanting to pay tribute to the legendary Blaise St Clair. It’s also Christmas Eve, and the family has gathered to celebrate an eventful year, and to look forward to even better times ahead.
But a shock event changes everything, bringing a whole lot of trouble to the door of Castle Lodge.
For something big is happening in Castle Clair. Strangers are arriving, a prophecy is unfolding, a mystery is deepening, a reckoning is coming … and someone’s getting rather too fond of Mrs Greenwood’s baking.
The past is colliding with the present, and the future is in jeopardy. No wonder the High Council of Witches is a bit miffed.
Will the St Clairs have enough strength, courage ~ and chocolate fudge cake ~ to see them through?

Or is this the end of the world as they know it?

Thank you so much Sharon! I cannot wait for To Catch A Witch to be published! 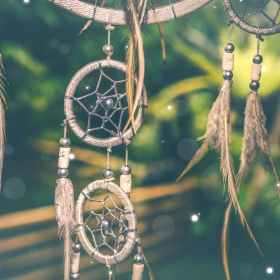 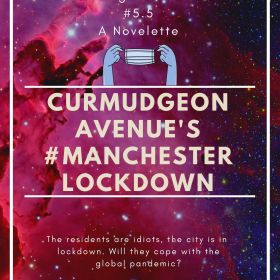 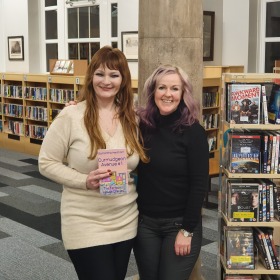 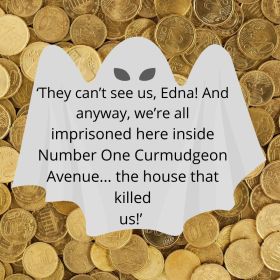 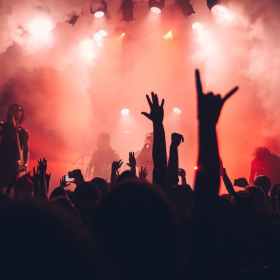 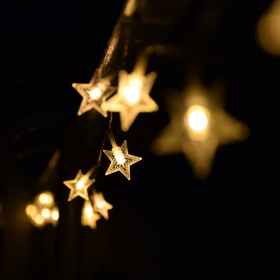 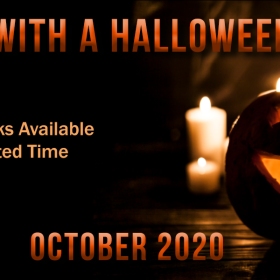